Simplicity is the ultimate sophistication

And the simplest solution is always right in front of you.

Animgather at the Doodle Bar 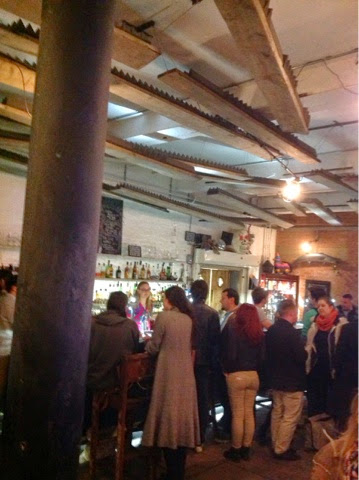 At this great venue we talked movies and royal encounters, drew on the chalkboard, made connections, and learned many jaw-dropping things about the Bar. Kiel Figgins (DNeg) worked on two of my favourite shots from X-Men First Class; Brendan Fagan (MPC) and Lisa Taylor (Framestore) teased upcoming shows plus gave feedback on my reel.

As a thank you for designing the logo for Animated Women UK, I was invited to the Summit at BFI in mid-March. Although only attending a 1/4 of the 2-day summit, I learned quite a bit about Stereo 3D tech. There were brightly-lit presentations, autostereo demos, interviews with the pros...where was all this during the first MA semester?

I managed to catch the last third of the James Cameron interview, where he mentioned cinemas ought to prioritise on good projections, giving audiences the best-viewing experience. Anthony Geffen talked about the Atlantic/Sky/David Attenborough 3D features, showing some astounding footage including birds and a massive cave. Sylvain Grain and the team behind D-Day 3D used lots of techniques to bring us closer to the Normandy landings. 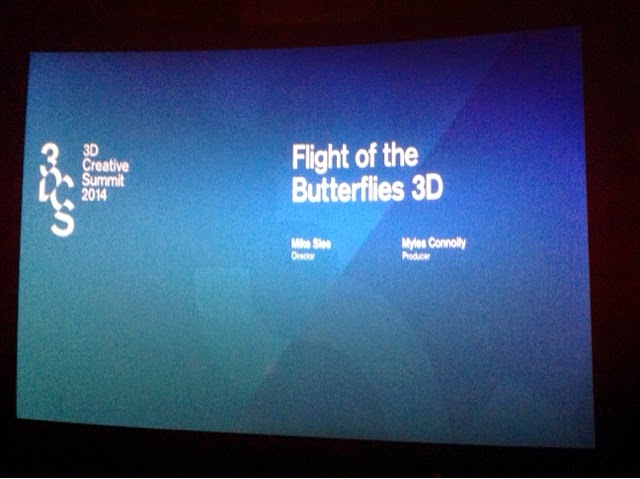 The summit wrapped up with Flight of the Butterflies presented at the IMAX, followed by a Q&A. At points it made you reach out to grab a butterfly! That's been happening a lot lately, they're not so shy.

I joined Sketch Dailies to exercise that creative muscle. But Twitter finally put Creative Cat FX on the digital map for other reasons. I tweeted two ridiculously popular photobombs pics. They were a playful, spur of the moment representation of the Academy Awards that saw Gravity, 12 Years a Slave and others competing for Best Picture. 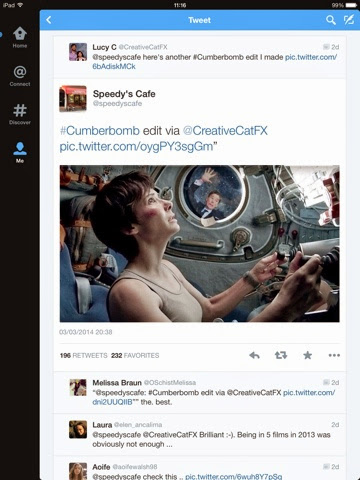 I followed up that success with Sherlock fan art for Speedy's website. The still life took nearly four hours straight, on the spot, and it was so much fun. The reward - to be among the first batch of monthly fan art pieces featured in the gallery, as well as Anglophenia. 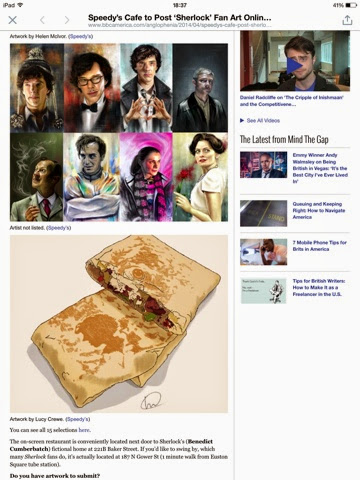 And now a quote to properly tie all this up:
"Simplicity is the final achievement. After one has played a vast quantity of notes and more notes, it is simplicity that emerges as the crowning reward of art." ~Frédéric Chopin
Posted by Lucy Crewe at Saturday, April 19, 2014