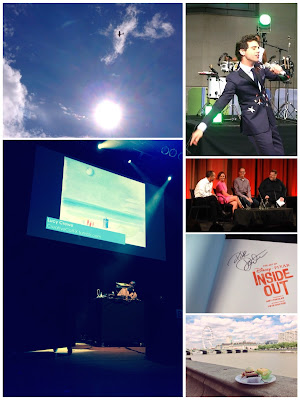 From the House of Lords to the House of Blues, I've been around the world - sort of - while slowly getting back into the swing of things. Storyboarding is underway as the script for Scampi Catches a Drift is reviewed. Removing one certain detail from the story only slightly changes the denouement. It doesn't always have to be the focal point.

I had applied to join Animate Projects' DRIVE programme. Quite a sought-after one as they received over 60 proposals; only five artists would be supported. I'm not one of them unfortunately. Generally the reasons were that animators working in conventional areas of their field weren't accepted, and some applicants didn't fully explain their contribution.

24th June
I was once again invited to the Rethinkyourmind prize presentation, the second since the project's inception. I met some new and familiar folks - some were winners of the national competition - while enjoying the catering's excellent snacks, overlooking the Thames. Prior to arriving in Westminster, I couldn't pass on the opportunity to see John Byrne's A Matter of Life & Death exhibition at the Fine Art Society. Everything that day was so perfectly timed (except rebooking the coach). I did not expect it to end on such a high note. Before heading home I stumbled upon and joined a crowd to watch a performance outside BBC Broadcasting House. Mika was a guest on The One Show, promoting his new album No Place in Heaven. 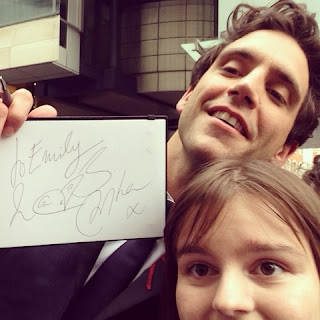 My sister was ecstatic.

27th June
It was Postgraduate Careers Day at Heritge House. Along with another freelancer I was requested to talk about the trials and successes of setting up a business. In front of a class. If I can hold a conversation with Smaug, this talk would be a breeze. Although it overran it was very well-received.

8-11th July
Doctor Who fan art lit up the House of Blues in San Diego. My watercolour was among the selection, after submitting it to BBC America's call for entries on Tumblr. I've been to enough conventions/festivals to get a sense of SDCC's immensity. But to think there was piece of me floating around... I was there in spirit, as we all got to see world exclusives.

Thanks to MJB Stallmeyer for capturing the slide (main image, bottom left). It's ironic - we met at the Caerphilly filming, on the day of the Comic Con announcement.

18th July
BFi hosted a preview of Lava and Inside Out. It is a such a beautiful, warm, funny and heartbreaking film. Haven't cried that much since The Imitation Game. It was followed by Q&A with the legendary Pete Docter, Jonas and Amy Poehler. GASP! I asked them:

Q: This film on a technical and emotional level, seems to be a culmination of all of [Pixar's] films. Congratulations! I've noticed that all or most of the films run parallel to an audience of a certain generation. […] Is the Braintrust this generation's Headquarters?*

Pete: “[The Braintrust] are not working on our films, they're in a better position to see it, and give us opinions on what works and what doesn't […] it does end up being a very helpful thing because you get very close to things, as you're drawing or writing anything for any length of time you start getting so absorbed into small little details that nobody can really see or the wrong things... This process of showing it to people about every 3 months, though we hate it at the time because it all feels like 'WELL IT'S NOT DONE YET!' You're sort of forced to do it. But in the long run it ends up being a very good thing.”

Jonas: “Pixar is a place built for filmmakers so there's no real executives other than John Lasseter...he's the creative executive, he's a film director. So everybody comes to the table... my boss Jim Morris is a general manager as a filmmaker, so you get in that room and all you're basically doing is channeling a really smart audience of people that want to go to movies, and we never thought of these movies as anything other than movies. People often say, 'oh you know Animation's a great genre, you guys are great in that genre.' We've got to back up with that, we never thought of it as a genre. Western's a genre. Horror movie's a genre. Animation is a medium. And we've always approached it as a medium and we don't start from a point in trying to make films for kids. Although we do, we make films for families. We really make films for us, and I suppose we're like kids, but the truth is these are films we want to make. We never thought 'should this be simpler or more accessible for kids or what's in the market, should we'... we sort of four-wall ourselves up there, for better or worse, and we make what we want to make. It's not perfect there but it's a great support for creativity and I think we're all proud of the way the stuff comes out of that way.” 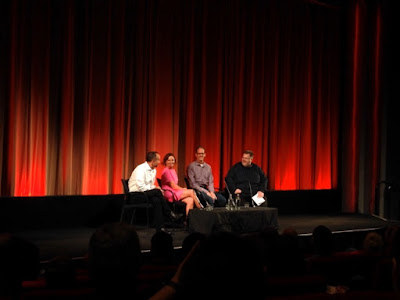 *I spun that query on the spot. To be clear, Ratatouille was released when I was a fresher at university. Toy Story 3 was released when I graduated. The respective films are about chasing your dreams and moving forward. Inside Out touches on looking at cherished memories differently, holding on to childhood innocence and coping with change.

20th July
My Dad flew a plane over Leicester 2500ft above ground at 100mph. It was one of his 60th birthday gifts. We all felt proud of life.

Is there a full scale statue of this? 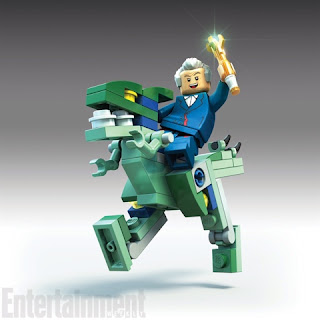 Also, how sweet does The Good Dinosaur look/feel? November's gonna be good!