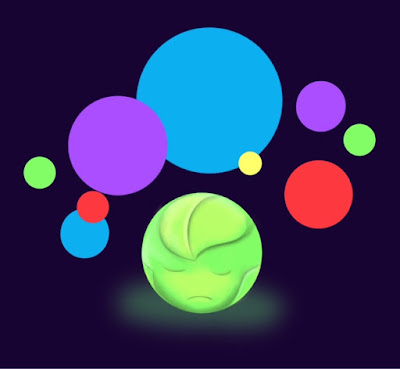 An overwhelming sense of panic set in when December rolled around.

Despite making efforts to boost my job prospects, career progress was stifled by making wrong decisions, sending me into a depressive spiral. Some choices I made didn't bring the success I had hoped for. You could argue that's progress, or part of it.

What struck me hardest was the recent passing of my Uncle. He lost his fight with cancer at 52.

He was a risk-taker, incredibly nurturing and living the dream. He lived further up north but connected with me on Facebook and supported me in everything I did. He'd say move on and never look back, whenever I was questioning my abilities. It's horrible living another day without him.

Since then it has rained seemingly non-stop.

Another family member is terminally ill but fighting it.

My mother's friend's mother died from a stroke on Christmas Eve.

It makes you think you only have one shot at things because life is very short.

Among the things that kept me buoyant was Doctor Who Series 9 – it's a classic! Relevant, crosses genres, powerful, exceeded my hopes, and tickled me in all the right places. But, as ultimately heart-warming and satisfying the 3-part finale was... boy did it hit too close to home at times... 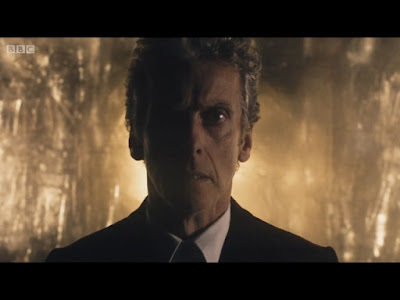 Every creative person should watch Heaven Sent. It's a beautiful and terrifying revelation that haunted me for days and weeks after its original airing. I don't know if younger audiences reacted to it the same way, but every beat, every frame, every line is bang on. Uncomfortably so. Even the flies – we dealt with a maggot/flying ant invasion in the kitchen this past summer. I had vivid, unpleasant dreams about it afterwards: there was one where I was lost at a train station then coming home to find my bedroom destroyed, and shouting at my sister to explain why; and another one where I'm waiting in a red carpet pen for 10 hours.

On the second viewing, these words especially cut deep:

One day you will linger in the same place too long. You will sit too still or sleep too deep –
and when, too late, you rise to go, you will notice a second shadow next to yours. Your life will then be over.

Back in June I had briefly sketched an idea for Christmas-themed TV idents for the BBC, but set it aside as I was expected to do something else and couldn't flesh it out any further than a crossover and the 'Enjoy' bumpers. It was going to be animated, but I couldn't figure out the story, 'heart' or the 'hook'. It never occurred to me to do more research into which agency or studio the Beeb commissions for ad campaigns.

And yet for a while there had been this similar non-Christmas-related idea that has been rolling in my brain for yonks. It's a movie that plays every night to help me sleep, in which I'm a tiny creature, far from home, wandering into a barn for shelter. There's a giant sleeping in the shadows; he is ancient, wise and friendly. Not once did it cross my mind that it was something I could have brought to the table.

How insanely cool would it have been to pitch and be involved in a project that appealed to my sensibilities; been qualified to lend a hand in; working with a team, and then presenting it to a million viewers who'd watch it every year?

It's possible I missed that window at the BAFTA Cymru screening. Planets aligned, favourite people in attendance, front row seat...but after the screening, I winged it during/after the panel. I was certain I'd win the Mission Dalek competition, and by extension that would've segued into getting involved in the design/production of the ident. It could've taken care of us for life.

Now that ship has sailed.

It wasn't until the week that Heaven Sent and Sproutboy aired that I realised that much of the last quarter of 2015 was in vain, due to my attempts at being a salesperson and searching for ad hoc projects to collaborate on. But you underestimate these things. Yet it was slapping me in the face the whole time. For several months. Since 27th May.
I saw galaxies and stars within that green amber stone. "That's a nice ring, Peter," I complimented. He told me it was the Doctor's special ring.

Granted, Oscar nominees and top industry pros are employed for these lauded, cinematic commercials – the ones Mum constantly puts me on the spot about and enquires, “can you do this?” "Isn't that what you should be doing?"

Through the prism of a viewer, I adore everything about Sproutboy. As an animator, I admire it for its tone and style, and narration - it has all my favourite ingredients. As a struggling artist, I'm glad it's a thing that exists.

The pressure is now on to make amends.

I decided to take a trip to Cardiff. Breaking from the tradition of staying overnight at Nana's (the bathroom was being redecorated); nevertheless it was a magical day. It was raining when I arrived; having lunch in Eddie's Dinner kept me dry. Later I caught the sunset over the Bay. Then headed to Studio 4... 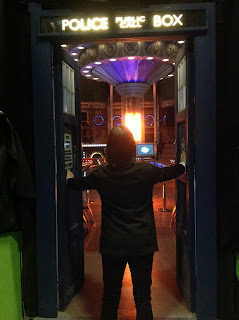 The group and the guides dug my birthday video and the Shoot for the Moon story.

An incredibly fruitful journey home followed. Saw The Force Awakens the next day. Right from the start I was wide-eyed and completely absorbed into that world. And there's yet another fictional character I can relate to.

I look at these marvellous creations, they have insanely talented teams behind them. I just think, what am I doing with my life? It's too late to join the party.

It's going to take a while for these wounds to heal.

Earlier this year I made the following points from the Animated Women UK Communication workshop:

I must have broke 3 of these promises. I understand it takes a bit of time for startups to fully figure themselves out.

It shouldn't be that hard to get a foot further in the door, yet I now struggle to see where I would move on to next.

Circumstances that prevent me from those sought-after dream projects:

-lack of mobility
-shyness
-saving up for marketing and travel
-over-planning
-under-planning
-compromising quality to meet deadlines
-art block
-laying pressure on myself to be good at everything
-distractions, i.e. worrying about errors
-market saturated with highly-skilled FX artists with excellent communication skills

Freelancing can be slow and lonely. I fear what's going to be happen whilst I wait for that email/phone call. There's always an internal voice drowning out productivity whispering “someone else'll do it, not you, go back to bed!” Other people vying for graphic design/digital jobs seem to have a better chance. They have proper websites.

Then a voice said, come join us!

I'm now a writer/illustrator/contributor for Blogtor Who. The fan site has relaunched under new management, merging with DT Forum and Peter-Capaldi-News.com.

My dream animation job waved at me as it zoomed past, but this'll make up for that. It's lovely to start the year knowing where I'm heading next.

DON'T fall for any self-help seminar that promises money and fortune within a week.
DON'T hide or downplay my talent.

DO the things I love.
DO surround myself with people and accomplish great things.

DO keep the momentum going.

DO remember the simplest solution is right in front of me.

DO be kinder to myself.